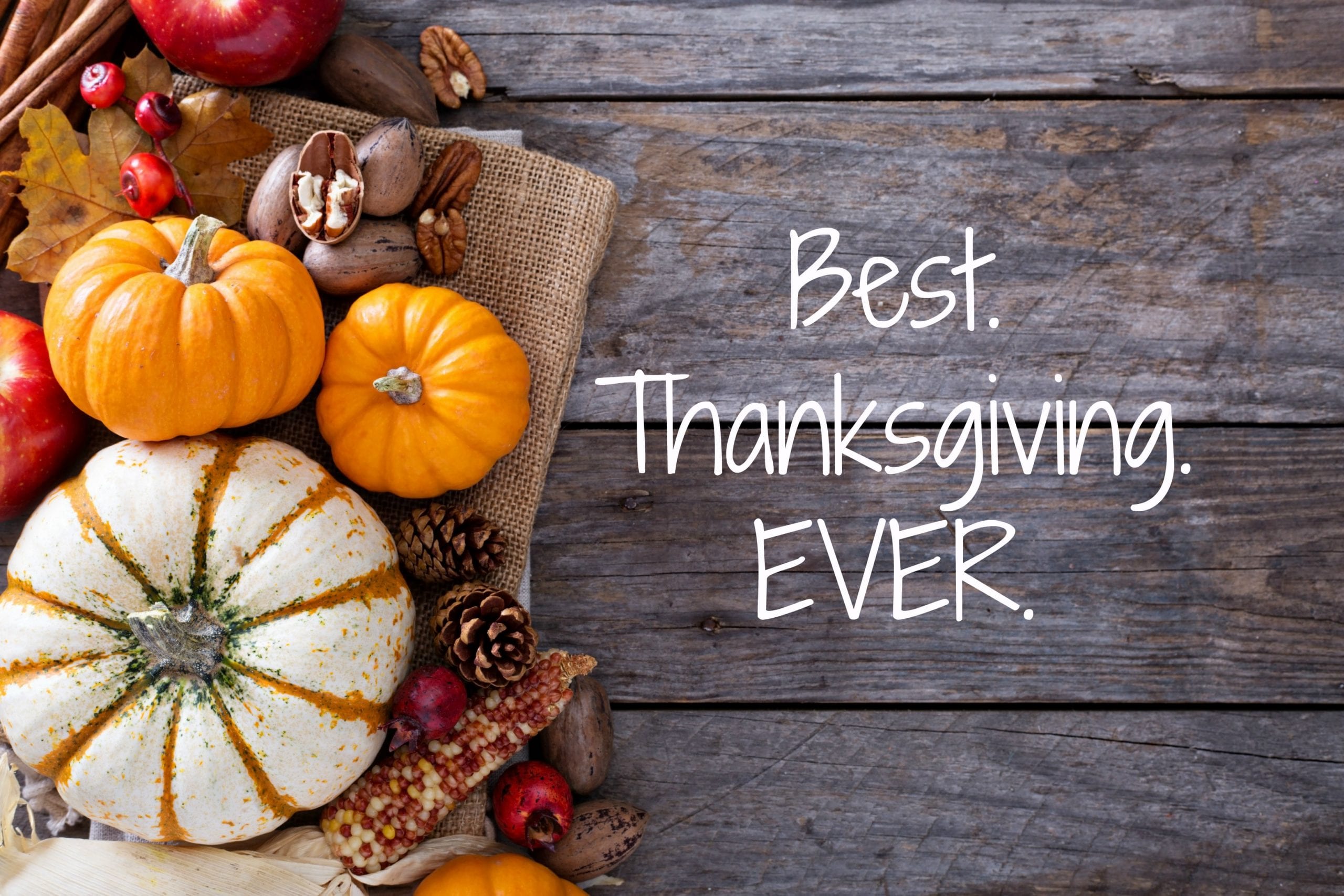 Our Thanksgiving was pretty lame.  And by lame, I mean AWESOME.

Last Friday, we had a decadent Thanksgiving feast at my husband’s office.  You know the kind — at least six different types of all the traditional Thanksgiving foods plus a few more that you had NO IDEA people actually ate for this holiday.  (Strawberry pretzel salad is a thing? Huh.)  Anyway, we filled our plates with tastes of everything and then spent the rest of the day lamenting the ridiculous amount of food we ate.  Completely typical American Thanksgiving behavior, am I right?

This was the first Thanksgiving in a very long time that we didn’t have people over, and I have to admit that it was a treat.  No pressure whatsoever to make ALL THE THINGS, half a dozen grocery runs, or to make multiple desserts because for some reason one isn’t enough.  What’s that about, anyway???

I had to teach a barre class this morning, so I was up early and out the door.  (It was a full class! Kudos to all those girls who came out in 8-degree Alaska weather to sweat it out before the feasting!) The last thing I said to my husband before I left was, “Do we have any idea what we are doing with the turkey?” For real. Could we be any less prepared?  And for the record, after we bought the organic, free range turkey on Saturday at the fancy, expensive market, we forgot about it and left it in the car for hours.  (Again, we live in Alaska.  The only danger of leaving it in the car was that it would freeze.)  But hilarious because it’s a perfect representation of our attitude about this Thanksgiving meal.

Since we had eaten all the traditional food last week, I decided to experiment with some new Paleo dishes.  So I gathered recipes for mashed cauliflower and grain-free dressing.   Why not?  I mean, it’s just us.  If they’re awful then we’ll eat pizza.  But of course they were delicious, because REAL FOOD TASTES REAL GOOD.  It just does.

My husband took care of the turkey and made gravy because that’s his thing.  I made mashed cauliflower and stuffing.  I had planned to roast brussel sprouts, but I ran out of oven room in my military base housing kitchen.  Oh well.  I opened a can of chilled organic cranberry sauce and popped a refrigerated can of Annie’s organic crescent rolls in the oven.  My 4-year-old set the table, and I didn’t go back and fix everything.  He thought it was awesome and made sure to let his older brother know he was in charge. My kids were still in their pajamas from last night, and I wore the sweats I changed into after teaching my class.  And then we finished off our meal with leftover paleo pumpkin pie from the recipe testing I did last weekend.

It was all delicious.  We laughed and ate and were THANKFUL.  We just had fun.  We weren’t exhausted, we weren’t trying to be on our best behavior for guests, we were just there to enjoy the food and each other.  We were there to give thanks for the unbelievably blessed lives we have.

There really is something to be said for keeping it simple.  We spent the day together, didn’t make a big deal out of anything, and enjoyed a down day with a random, impromptu feast.  Food, family, and fellowship.

I hope you all had a beautiful and blessed Thanksgiving.  If you ever get the chance to have a lame one like us, do it.  You won’t regret it.  In fact, I bet you will be thankful.

. Can we talk about Instagram for a second? I miss

Not fun to read, but I share it every year because

. I know I’ve been absent from social media late

. This is a holiday worth celebrating every dang d